Sex Trafficking In Our Own Backyard

Sex Trafficking In Our Own Backyard

*Not all slaves are trafficked, but all trafficked are slaves

*Speaker Michelle (Founder and CEO of “SHE IS SAFE” https://sheissafe.org/ ) has been working to fight slavery since 1995

*”SHE IS SAFE” works to Prevent, Rescue and Restore…they help 15,000 women/girls each year

*Michelle first became aware of the problems of slavery when she and her husband moved to Nairobi with their two children.  They learned that some families had what they referred to as “up country girls” which were young girls from a tribal area….their families would sell them to these other families that had more money and they would be a slave for them—do all the cooking, cleaning and babysitting

*”You can’t unlearn something once you see it” – Brene Brown

*Global Slavery Index reports that there are 45.8 million slaves in the world today

*TIP REPORT = like a report card….nations subject themselves to this…it is associated with national aid-there are protocols- it is important for countries to work together–we can’t only focus on our neighborhood

*Prostitution can be by choice unless they are under 18 years old….a minor can’t make that decision to exploit themselves-so, anyone that takes advantage of this is criminal….they use force, fraud, and coercion

*WHY BE SO CONCERNED INTERNATIONALLY WHEN IT IS RIGHT HERE?

*The deck is stacked against women.  200 million girls are missing

*In China boy babies are prefered–so, they have killed baby girls…now there aren’t enough girls to marry–so, they are trafficking them in!

*In a community in North India there 30,000 sex slaves– they start at age 11…they usually only make it about 7 years…they get an STD….or the 2nd leading cause of death, death during childbirth….or the #1 cause of death, suicide

*If you help 1 girl…she can transform 26 others

*There is an App called TraffickCam  https://traffickcam.com/ you can help by uploading photos of your hotel room to help determine where perpetrators are committing their crimes

*Recruiters are out….they are watching our children…they are at the malls, airports, etc…

*Atlanta has the busiest airport in the world, many sporting events and a convention center

2)If their cars were impounded

3)If they lost their job

*When they get caught in prostitution the buyer pays bail and gets out….the girls are poor and have to stay in jail until their pimp comes to bail them out.  They have nowhere to go. Now, with the SAFE HARBOR AMENDMENT the buyer (when caught) has to pay a fine and it goes to the aftercare of the victim

*THINGS YOU CAN DO:

*The Unicef website https://www.unicefusa.org/ gives info. on how to talk to your kids

*WE CAN TEACH OUR CHILDREN:

*HOW CAN WE PRACTICALLY GET INVOLVED?

*$1 a day can rescue and restore one girl

*She shared a favorite freedom story….”Herna the Pig Farmer” about 4 girls that were about to be trafficked and they were rescued at the border and ended up returning to their village and turning things around by planting crops in a field, starting a school, and raising pigs.  They were valued and protected in the end.

*THEY WANT THE GIRLS TO KNOW….EVERYONE IS GIVEN TO THIS EARTH AS A GIFT.
AND ASK THEM… HOW DID GOD UNIQUELY MAKE YOU?

SISTERHOOD OF THE SWEATPANTS (because... Sister, I am with you!)

The message to start off this season at The Exchange is simple:  Let’s not do life alone; let’s do it TOGETHER.

Let’s learn to do life FOR one another and NEXT to one another and WITH one another.  After all, that’s what women are for.  And sisterhood is built with intention, with honesty, with vulnerability and joy. This will be a night of LAUGHTER, FUN and meaningful content as Elizabeth discusses Amy Weatherly and Jess Johnston’s new book, “I’ll Be There” (But I’ll be wearing sweatpants – and we hope you will too!) 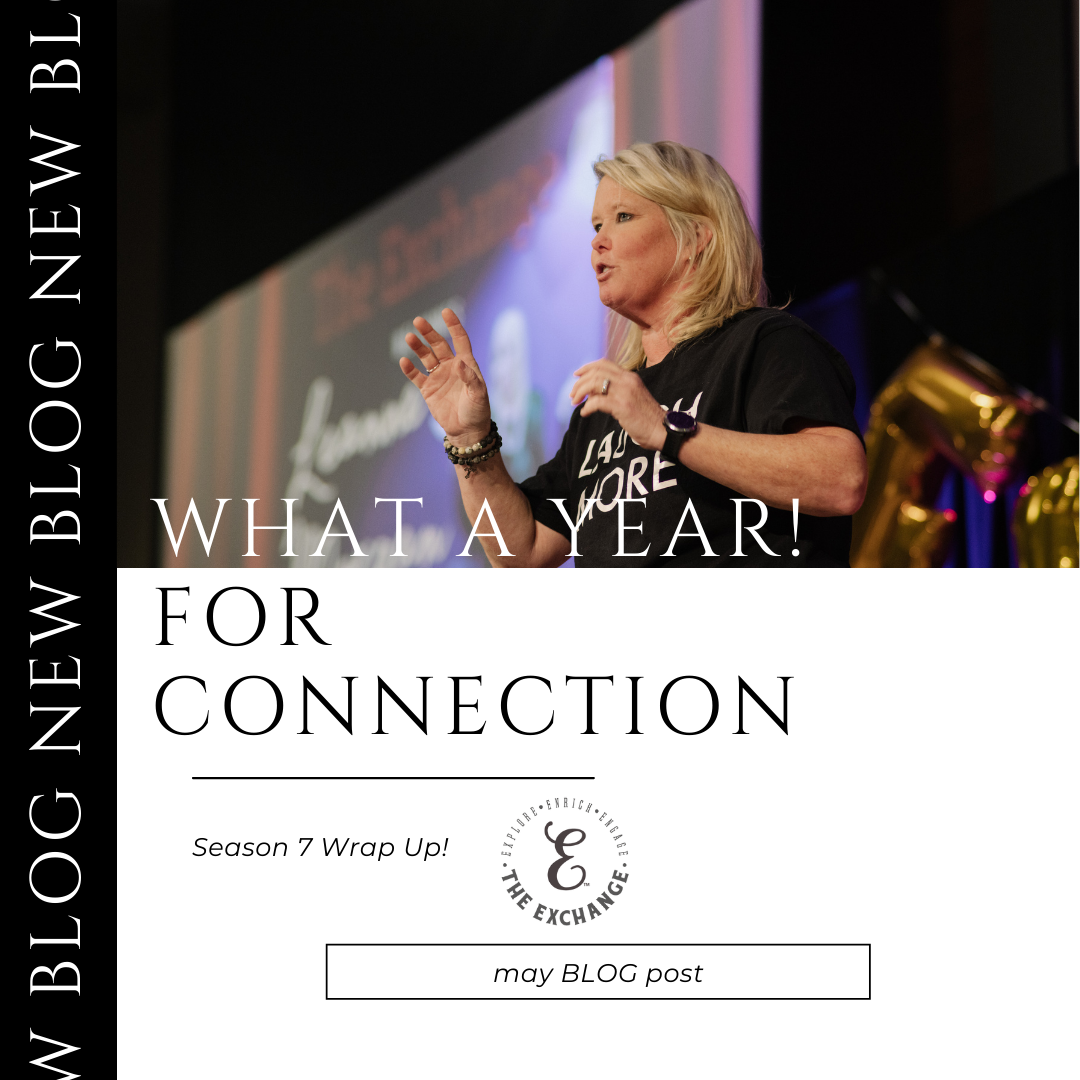